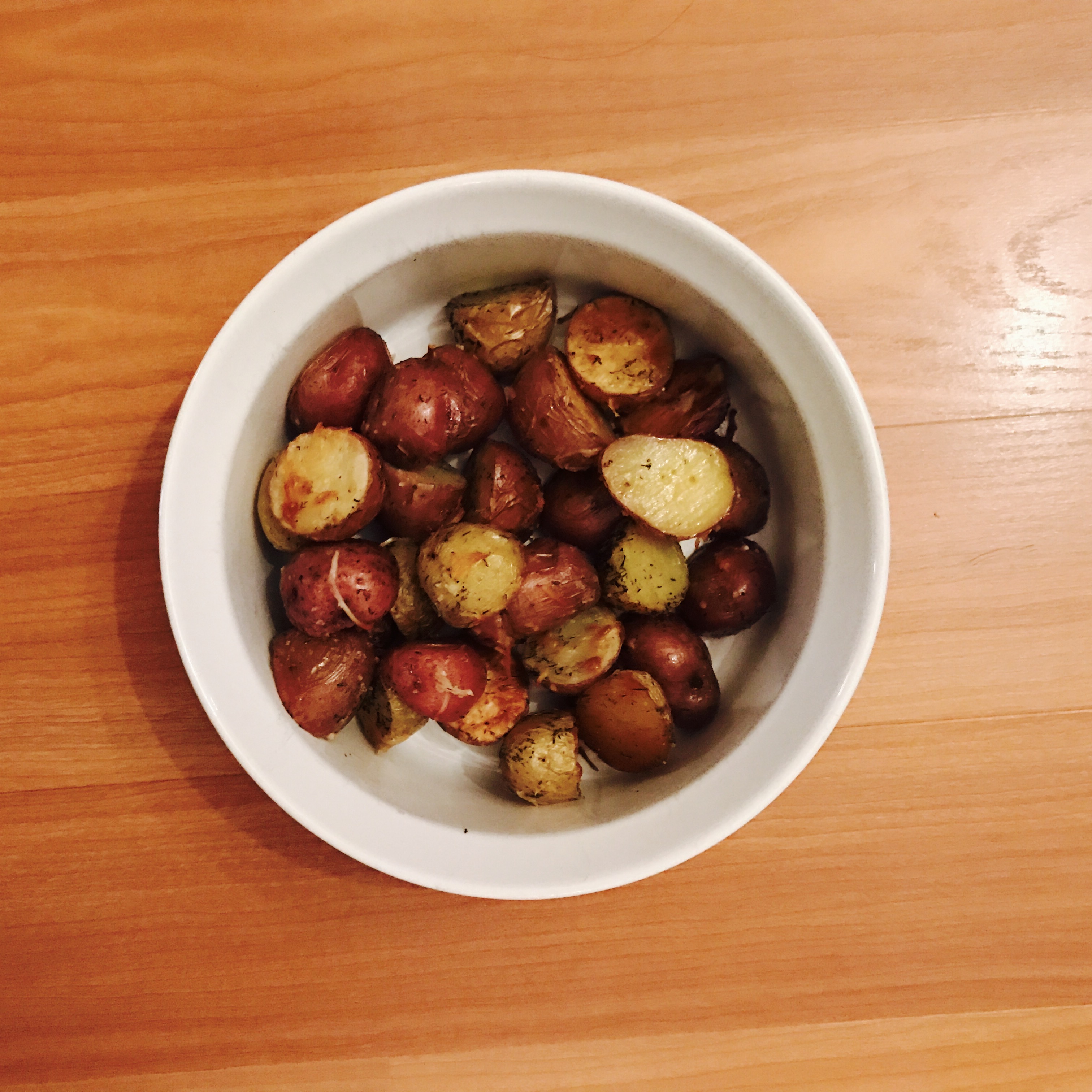 There are several potato museums around the globe, but that shouldn’t come as a surprise. It seems like everyone loves potato, most likely because it can be prepared in a variety of ways. I love my potatoes roasted, boiled, mashed, fried or served as a casserole, but roasted potatoes are a family favorite and quick to prep. When roasting, it’s important to spread potatoes evenly so that they have room to brown and crisp.

Preheat oven to 400°F with oven rack in the middle position.

Cut the potatoes in half and place in a bowl with the olive oil, salt, pepper, and dill. Toss until well coated.

Transfer the potatoes to a lined baking sheet and spread evenly. Sprinkle cheese on top.

Roast the potatoes for 45-50 minutes until golden brown and crisp, flipping halfway during cooking.

Remove the potatoes from the oven and serve hot.